More than a quarter of the population in India’s rural areas, according to recent reports, lives in poverty. Poverty and hunger issues are contentious issues that affect the Indian population to this day. That fact is even more evident when identifying and valuing those who are impoverished. Since poverty is a broad concept, each country has its own definition, and some of these definitions will differ from one country to the next.

Keeping the Indian context in mind, Let’s elaborate on how are poor people identified by several committees on basis of calorific consumption or per capita expenditure.

In 1971, VM Dandekar and N Rath conducted a systematic analysis of poverty using data from the National Sample Survey (NSS). The criteria for the poverty line should be based on the expenditure that would provide 2250 calories per day in both rural and urban areas, as opposed to the previous estimations’ emphasis on subsistence living or basic minimum needs. This suggestion was made by VM Dandekar and N Rath.

The Taskforce, established by the Planning Commission and led by YK Alagh, developed a poverty line for rural and urban areas based on dietary needs and associated consumption costs. The estimates for the ensuing years would be modified to account for inflation in the price level.

In its 1993 report, the Lakdawala Committee made the following recommendations:

The following recommendations were made by the committee under Suresh Tendulkar’s leadership.

A new panel on poverty estimation was established by the Planning commission, and it would 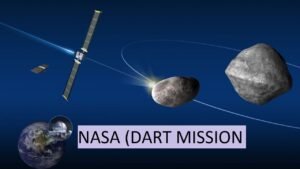